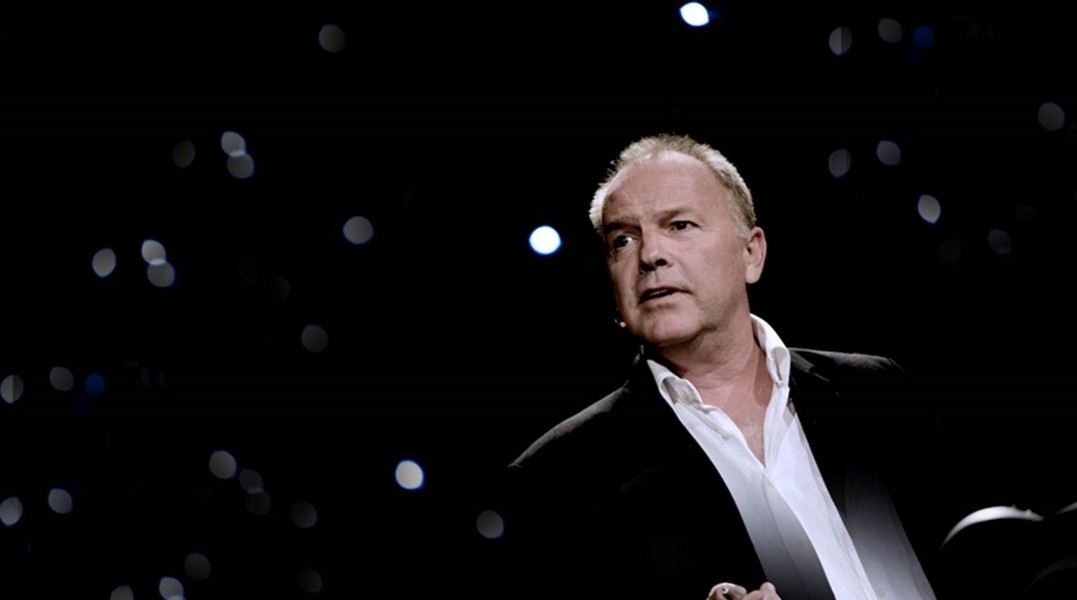 “If you’re average, you won’t be watched.” That pretty much sums up the philosophy of Ole Hedemann, the man who helped develop some of the best television content in Norway, and who now teaches it at Norway’s TV School.

Ole Hedemann is this week’s guest lecturer at CME Content Academy, where he will give hands-on workshops that teach students how to develop shows and content. The academy is designed to develop talented newcomers into the scriptwriters, showrunners and TV producers of tomorrow. TV Nova and TV Markíza created CME together with The Television Institute, to not only train students in the television industry, but to give them the opportunity to work long-term for the two broadcasters.

“In the 80s and 90s in Norway, you could get away with average. You had so little competition,” Hedemann said.

But technology changed everything – the internet, video on demand, live streaming – it brought global players such as Netflix, Disney + and Amazon onto screens in smaller countries such as Norway, the Czech Republic and Slovakia.

“Their budgets are 20 times what you could have in Norway,” Ole Hedemann said, “so suddenly people were seeing really high-quality content. On Demand pretty much killed the need for average.”

At the time Hedemann, now 62, was working for the Norwegian Broadcasting Corporation (NRK). NRK is the public-service radio and television broadcasting company and the largest media organization in Norway.

“Twenty years ago, you turned on your set and there was NRK,” Ole Hedemann said. “Everybody loved us.”

But suddenly, their content just wasn’t good enough. It was around 2004 and Hedemann was an editor for the Factual Department where they produced documentaries, investigative pieces, health content, popular science and more.

“We were just regenerating old stuff and we were doing badly,” he said. Ole Hedemann was tasked with developing better content.

“I had no idea what to do, but I had a big passion for ideas that could sell,” he said.

Then Ole Hedemann found out about a program at Stanford University in the United States that taught a new way to develop ideas for content. The British Broadcasting Corporation (BBC) and the Danish public service broadcaster DR had both sent groups there to learn and they were producing better content and great ideas.

So Ole Hedemann went to Denmark and learned about Stanford’s method, which uses the NABC Framework.

“The main difference here is looking at needs before you develop ideas,” Ole Hedemann. “We didn’t really know our audience anymore. Now we found out who they were and could develop content we thought they needed.”

Ole Hedemann brought the approach back to NRK and after a few years, his department saw success after success, along with an increased budget. NRK then expanded this approach to all genres.  The development department now has more than 15 people working on new content, Hedemann said.

The structured NABC framework allows small markets to develop great ideas that speak to the heart and soul of the local people. This meshes perfectly with the Content Academy, whose mission is to build great content based on the unique spirit of the Czech and Slovak people.

In 2020, Ole Hedemann was approached by the Inland University of Applied Sciences, which houses Norway’s TV School. He is now a professor of Idea and Format Development at the Lillehammer campus. He has written two books on content development.

While at the Content Academy, Ole Hedemann plans to show students how a structured plan can allow for great creativity – all based on your audience.

“An important problem is always interesting, but an interesting problem is not always important,” he said, highlighting a philosophy he was introduced to while learning to create content that spoke to audiences.

Ole Hedemann says his students “learn by doing” and he will bring the same approach to the CME Content Academy.