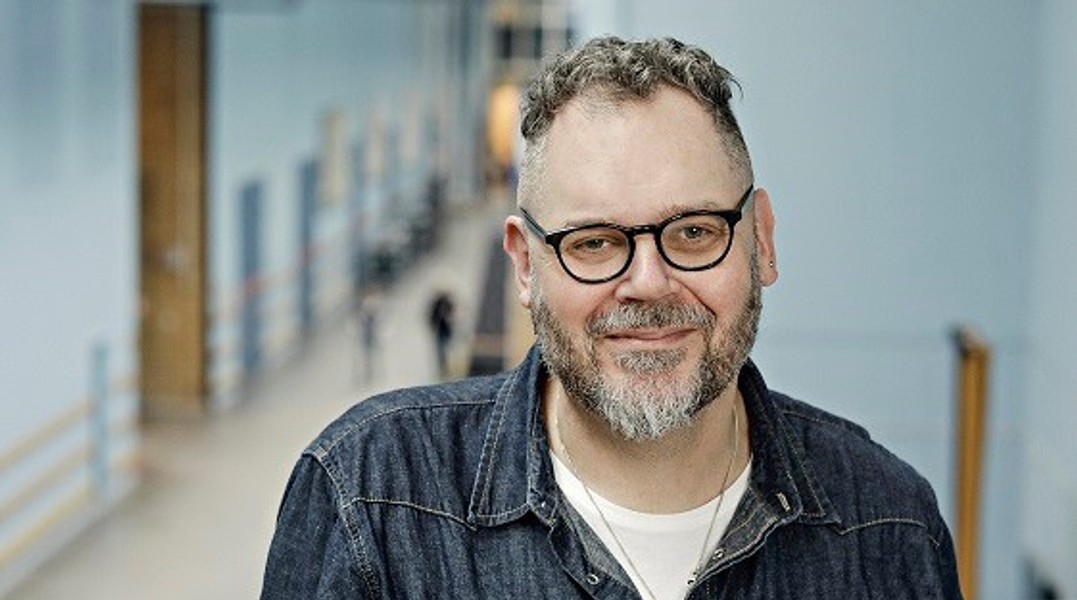 Markus, 58, is the content strategist at SVT, Sweden’s ultra-successful public-service television company, akin to Britain’s BBC.  The quote from Björk is one of Markus’ favorites.

Markus will hold a workshop this week for students at the CME Content Academy. The academy is designed to develop talented newcomers into the scriptwriters, showrunners and TV producers of tomorrow. TV Nova and TV Markíza created CME together with The Television Institute, to not only train students in the television industry, but to give them the opportunity to work long-term for the two broadcasters.

“Technology has changed everything,” Markus said.

Take the 1995 Swedish version of The Real World: The production company would record 80 hours and edit it to 23-minute episodes, he said.  That required computers with significant storage.  Then the rise of premium phone numbers allowed for shows like Who Wants To Be A Millionaire? Online video brought more changes to the genre and then by 2005, the whole production process had been digitalized.

“Now with technology, we have creative people who can play with it and eventually create new genres,” Markus said.

After a stint in London and the pursuit of a journalism degree, Markus started his career as an editor at a Swedish production company.  From there, he became the head of development for what is now a part of the Banijay Group.  Banijay is the world’s largest content production company.

Markus spent time at a few production companies – including SVT – before truly settling into SVT in 2003.

“I ran the commissioning process for 10 years,” he said. “I made sure the decision-makers had all the information they needed.”

Last year, though, SVT did something revolutionary.  They upended their commissioning process completely.

“It used to be, we would plan around a schedule,” Markus said. “Now online and on-demand are becoming more and more important. Should we still be doing that?”

The answer was a resounding “no!”

“I could lecture on this for hours,” Markus said. In fact, with SVT’s success, he is being asked by various television entities to do exactly that.  The basic premise is to commission content based on audience needs, not a schedule.

“What are the driving forces?” he asked. “How do you develop your service into a destination? We must offer people what they need every week.”

Somewhat like Amazon Prime and Netflix make recommendations, SVT has developed a system that allows them to better understand how they can serve their viewers.

“We can make connections between shows you wouldn’t normally connect,” he said. “It has cut the ties to the last century…let’s leave the broadcast thinking behind.”

This new approach can open the doors to fresh new content, and Markus will teach the Content Academy students how to brainstorm for new TV ideas.

“You can have big successes in 10 minutes,” he declared.

Markus says that when he develops content he often turns to a class he took decades ago at university in London: The Positioning of the Self in Modern Society.

He noted that the first half of the 20th century was mainly industrial, very task-based with most people producing goods.

“On their time-off, they wanted to escape normality,” he said.  Films and television reflected that.

Then came the information age.

“We interacted with people a lot,” Markus said. “We had to rely on others. It was less about producing things and more about working together.”

Markus believes that this shift was the basis of SVT creating the original Survivor series in 1997.

Now with the advent of the internet age, Markus sees a new shift.

“Identity politics and identity are very much a part of reality TV,” he said.  He points to shows like Rue Paul’s Drag Race.

“Why is this so big? It’s in 15 different territories; it’s a huge success in the US.”

Identity. Finding your place in society.  In the past, you had to leave your hometown to find like-minded people.

“Now you can stay in your village and have a global career just doing makeup from your bedroom,” Markus said. “You can try and be someone else. Play around.  It will be a new generation of reality TV. How can I change my life? Sleep better? Eat?”

Markus’ final piece of advice for students who want a career in television: Watch a lot of TV.  Each day at SVT, he and his colleagues ask each other what they watched the night before and why?

These questions have led to a deeper understanding of viewing habits, content and what draws different audiences.

“People want to work in TV, but they don’t want to watch it,” Markus said. “It’s essential if you want to get far in television.”

That’s exactly what our students want to do.